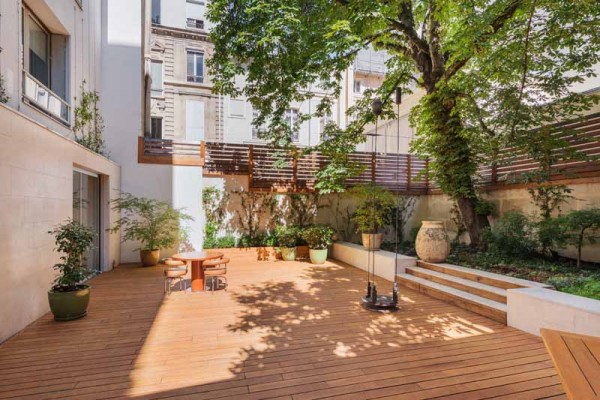 Cacharel has recently transferred its headquarters, offices, and showrooms for buyers and the press to 62 rue de Verneuil in the 7th arrondissement of Paris.

Having spontaneously fallen in love with this new base on the Rive Gauche, Cacharel views this move to the mythical neighborhood that saw a burst of artistic energy and experimental effervescence during the 1960s as the symbol of its current and future creative aspirations.

It represents more than a relocation, promising new sensations and new images. It is also perhaps an amused and knowing nod to the excitement surrounding the Rue Princesse, where Cacharel once held a fashion show/happening. At the time, everything was authorized. Today, everything is possible when it comes to new creative experiences.

Offering an enchanting interlude in the city as well as a refreshing and carefree haven that is seldom found, 62 rue de Verneuil is the place where Cacharel has already begun dreaming up its future.