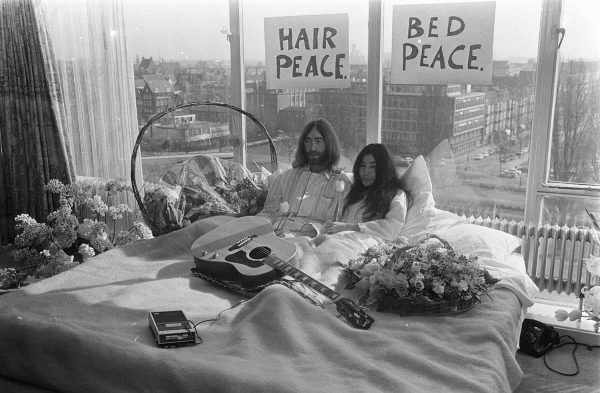 As Hilton celebrates its own 100th anniversary this year, an inspiring story of cultural, business and hospitality milestones are revealed.

In its nearly 100-year history, Hilton hotels have served guests and communities across the world and acted as the setting for some of the most iconic cultural moments of the past century. One such moment, John Lennon and Yoko Ono’s Bed-In for Peace, took place in Room 702 of the Hilton Amsterdam beginning March 25, 1969 – exactly 50 years ago this week.

The Bed-In was covered by global media as Lennon and Ono turned their honeymoon into a weeklong promotion of peace. In celebration of the anniversary and the role Hilton has played in fostering understanding around the world, the company has created a new limited video series called Room 702.

The series leads viewers on a journey inspired by the spirit of Room 702, as personified through some of the Hilton Team Members who bring that spirit to life today. The first stories of the series include:

Serby Castro is a suite attendant at an Embassy Suites by Hilton in Orlando, where she champions a life-saving program that recycles leftover hotel soap and distributes it in regions without ready access to the basics of hygiene. In an emotional journey back to her home in the Dominican Republic, Serby sees first-hand the impact of her work.

Ismaeil Dawod, a refugee who sought new opportunities in Germany, found a job at Hilton Frankfurt where he is now engaged in an apprenticeship program. Ismaeil’s moving story shows his determination to start his life over. Along the way, he uses his new language skills to assist other refugees.
The stories of Serby and Ismaeil reflect the vision of Conrad Hilton, who created the first global hotel company with a vision to “fill the Earth with the light and warmth of hospitality.”

“Conrad Hilton founded our company on the noble premise that travel could foster peace and cultural understanding in communities around the world,” said Hilton President & CEO Christopher J. Nassetta.

Katie Beirne Fallon, Executive Vice President, Corporate Affairs, said the stories of Room 702 also reflect Hilton’s commitment to Travel with Purpose, its industry-leading corporate responsibility program. Through Travel with Purpose, Hilton is committed to cut its company’s environmental footprint in half and double its investment in social impact by 2030.

“Now more than ever, corporations like Hilton are the change-makers,” Fallon said. “‘Room 702 celebrates that empowerment through the inspiring stories of Hilton Team Members who are making the changes they want to see in the world.”

Room 702 will debut to the public on Hilton’s social media channels on March 21 and is available to view at http://newsroom.hilton.com/Room702. 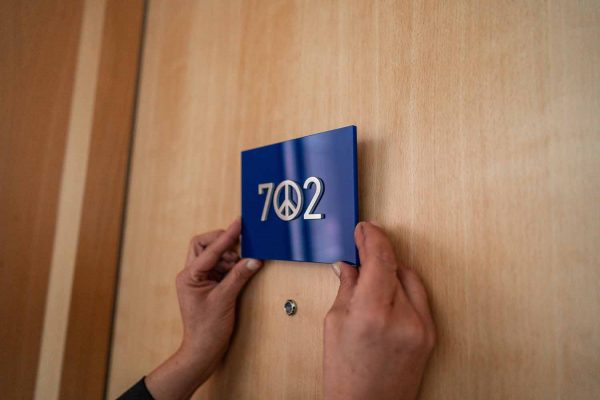 As part of its 100th anniversary, Hilton is releasing a series of videos inspired by the 50th anniversary of the Bed-In for Peace, which took place in Room 702 of the Hilton Amsterdam on March 25, 1969. (Photo: Hilton)

In addition to heart-warming stories of current Hilton Team Members, it will feature one of the photographers who captured iconic photos of the original Bed-In that are in a commemorative exhibition at the Hilton Amsterdam for the event’s 50th anniversary.

Hilton will mark its 100th anniversary on May 31, 2019. As part of its ongoing celebration, Hilton is utilizing programs such as the Room 702 video series to highlight the contributions of its Team Members, who have helped the company earn the recent accolades of being named No. 1 on the 2019 Fortune Best Companies to Work For – in the U.S. list, and No. 2 on the 2018 list of the World’s Best Workplaces.

Serby Castro is a suite attendant at an Embassy Suites by Hilton property in Orlando, where she champions a life-saving program that recycles leftover hotel soap and distributes it in regions without ready access to the basics of hygiene.

Ismaeil Dawod came as a refugee to Germany, where he found a job at Hilton Frankfurt. Now engaged in an apprenticeship program at the hotel, Ismaeil’s moving story shows his determination to start his life over.