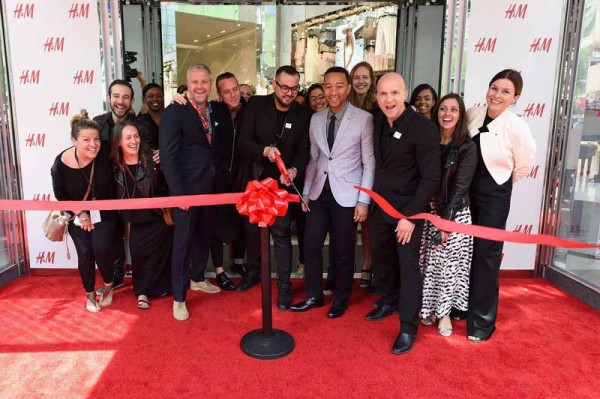 With over 1,500 shoppers and music fans alike eagerly waiting outside, the new H&M flagship opened May 20, 2015 with John Legend welcoming them at the door.

Guests who attended the event had the opportunity to be the first to view the location’s exciting custom illuminated store front that wraps around 33rd Street, 34th Street and 6th Avenue and 63,000 square feet interior. 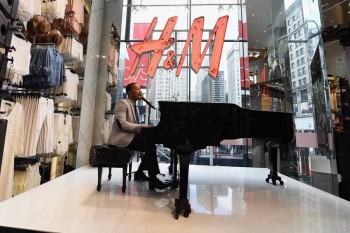 And most important, they heard Academy Award, Golden Globe and Grammy winner John Legend perform. Twenty lucky customers in line were also chosen for meet-and-greets with the iconic singer.

“Only in New York City do we have the largest H&M store in the world,” said John Legend. “I’m so honored to be a part of this special celebration for the brand and my city.”

The store opened to the public at 12:00 p.m. on Wednesday, May 20th with a grand opening celebration. On opening day the first 1,000 customers in line received an Access to Fashion Pass valued between $10 and $1000 as well as giveaways and 20 lucky customers in line won a meet and greet with John Legend.

To further celebrate the grand opening, customers who brought garments to be recycled in H&M’s Garment Collecting program before the store opened were entered to win gift cards valued between $50 and $100.

NEW YORK, NY – MAY 20: John Legend, H&M president Daniel Kulle and the H&M team cut the ribbon for the H&M Herald Center Flagship opening with John Legend on May 20, 2015 in New York City. (Photo by Larry Busacca/Getty Images for H&M)