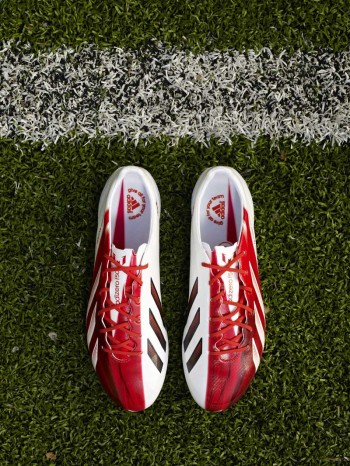 #TBT – A year ago, on 6 March 2013 adidas unveiled the ‘Messi Gallery’, a pop-up exhibition in Barcelona dedicated to the world’s best footballer, Leo Messi. Messi himself was present to launch the gallery in central Barcelona, which will be open to the public for one month.

The exhibition marked the latest stage in the adidas ‘Team Messi’ campaign, which recognises the extraordinary skill, style and achievement of Messi. It saw the launch of the first signature adizero f50 Messi boot and the creation of Messi’s own signature range by adidas.

It was a rare accolade, with Messi joining a very small group of iconic adidas athletes to have ever received this honour. The best football player in the world is now coupled with his own branding portfolio of products.

The gallery featured a host of iconic memorabilia and exhibits representing Leo Messi’s entire career, including his four successive FIFA Ballon d’Or trophies from 2009 to 2012.

Kit and official match balls from landmark games and tournaments are also displayed in the unique space, including the balls from the 2008 Summer Olympics, 2005 FIFA U-20 World Cup and UEFA Champions League finals in 2009 and 2011, all competitions Messi won with Argentina and Barcelona.