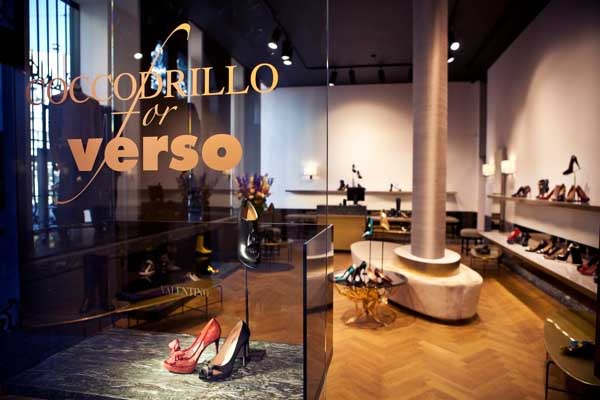 #TBT: The multi brand luxury boutique Verso and the Antwerp shoe boutique Coccodrillo opened the COCCODRILLO for VERSO shoe salon at Verso, Antwerp in July 2012. The new space replaced Verso’s Martini bar, with a dedicated storefront on the Lange Gasthuisstraat in the heart of Antwerp.

Coccodrillo and Verso have united on this unique venture, recognizing a valuable brand synergy and a chance to explore a wider spectrum of new and established talents in shoe design.

The formula is simple – the new space hosted by Verso featured a glamorous selection of women’s footwear labels selected in Paris and Milan by Coccodrillo’s Geert Bruloot & Eddy Michiels.

Designed by the Ghent-based architect Glenn Sestig, the ‘salon-style’ space features a sumptuous fusion of modern and art nouveau detailing, updating the grandeur of the Verso aesthetic with a touch of Coccodrillo minimalism.

A central column extends as an island bench seat, and elliptical custom-made display tables surround the perimeter of the space.The extensive use of marble and warm green tones creates an environment of quiet luxury and quality in which the shoes become the natural centre of attention.

The COCCODRILLO for VERSO shoe salon opened to the public 28th of July 2012, with an official VIP celebration on Wednesday September 5th 2012. 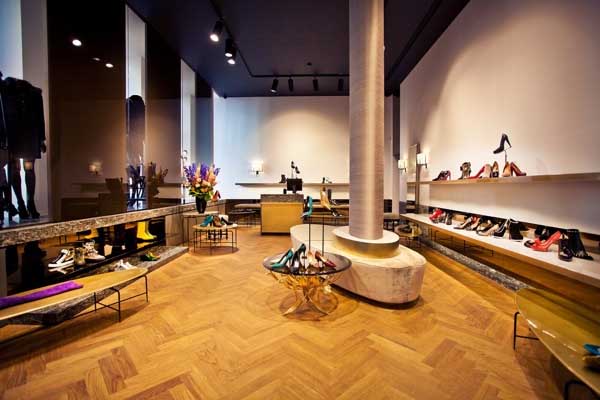